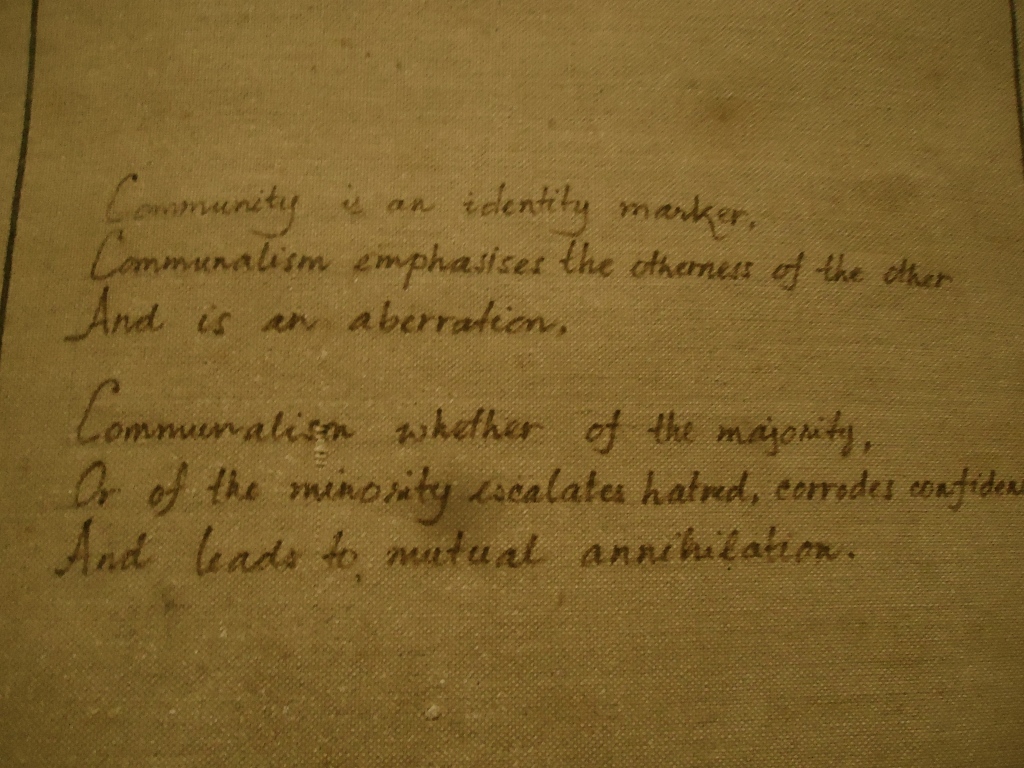 The viceroy was splitting the subcontinent among men who had all supported some version of a united India in the past. But at key moments, every effort fell apart. Jinnah insisted that his people could not even discuss a united India until after Muslims were granted parity, with power equal to the far more numerous Hindus. Faced with this demand, the Indian National Congress, led by Jawaharlal Nehru and aided by Mountbatten, finally preferred to shove Jinnah to the margins, giving Muslims a separate state and keeping it as small as possible. Jinnah didn’t even know how small it would be on that evening in Karachi; the viceroy had delayed revealing the final boundary lines. Later that night, at an event with over a thousand guests, the Great Leader looked ‘frail, tired and pre-occupied,” according to Shahid Hamid but had to remain at the event as long as the viceroy did. Hamid carried a message across the room from Jinnah to Mountbatten, asking the last representative of British rule in India to hurry up and leave.” (Steve Inskeep, Instant City: Life and Death in Karachi, p.58)

It’s taken me more than three years to read Steve Inskeep’s book Instant City. Every time I’ve started to read it, I’ve stopped before finishing in an attempt to savour the reading experience for as long as possible. That changed a few days ago though, and like other books I love dearly, it is an unforgettable read.

The book is an exploration of instant cities, (defined as “a metropolitan area that’s grown since 1945 at a substantially higher rate than the population of the country to which it belongs”) by taking an in-depth look at Karachi and examining a bombing of a religious procession of Shia Muslims that occurred on Dec 28th 2009.  Today Karachi is more than thirty times its size in 1945, and Inskeep goes back to the beginning to understand what happened in 2009 and the forces that shape instant cities (and cities in general) today.

I loved the read despite – or perhaps because, Karachi is a place I do not understand well. I last visited the city 18 years ago, and though lazy stereotypes about Karachi and Pakistan make my skin prickle and my temper rise,  when family and friends travel, I am tense and keenly scanning headlines until they return. As with courses about Pakistani politics I took in undergrad, I’ve shared my learnings from Instant City with friends and family, and we’ve discussed urban geography, significant places, events and people of Karachi throughout the read. The book and these conversations have expanded my understanding of Karachi and I’m grateful to Inskeep for opening up the city in such a thoughtful and nuanced way. In particular, here are two things I loved about the book.