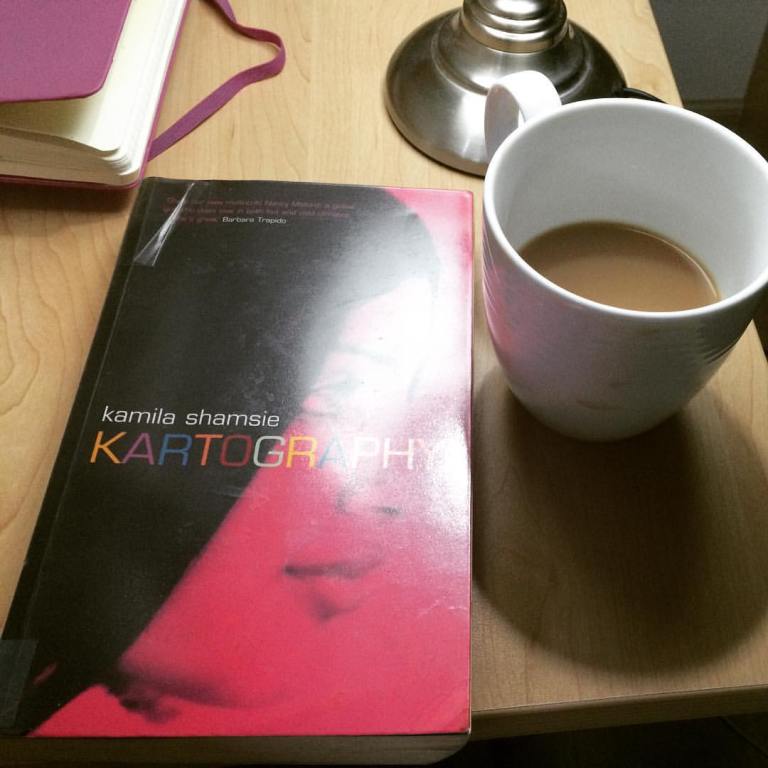 “Did I want to go back? Back to a city without glens, without places to sit in public with my arms around his neck, without the luxury of wandering among indistinguishable trees unmindful of the repercussions of getting lost. Back to a city that was feasting on its own blood, the violence so crazy now that all the previous violence felt like mere pinpricks. Back to a city where I’d have to face my father. Why would I want to back to any of that?

And yet. When I read the Dawn on-line and then looked around me at the pristine conditions of campus life, I knew that every other city only showed me its surface, but when I looked at Karachi I saw the blood running in and out of its veins; I knew that I understood the unspoken as much as the articulated among its inhabitants; I knew that there were as many reasons to fail to love it, to cease to love it, to be unable to love it, that it made love a fierce and unfathomable thing; I knew that I couldn’t think of Karachi and find any easy answers, and I didn’t know how to decide if that was reason to go back or reason to stay away. ‘Because Karim, you’ve shown me it’s not so simple to leave a city behind.” (Kamila Shamsie, Kartography, p.297)

Prior to last week I had never read a novel set in Karachi before. Last week however that changed during a visit to the Mayfair Library in Joburg when I found “Kartography” by Kamila Shamsie on the shelf. It’s an old book (it was published in 2002) but I’ve never read Kamila Shamsie before, and the book’s description as a “love song to Karachi” intrigued me. It delivered on its promise to be a good read. Kartography is a book that takes you by surprise with its beauty, humour and grace, and whether or not you are familiar with Karachi, it is a book that is definitely worth reading.

The book is about two friends named Raheen and Karim who grow up together in Karachi, and whose parents make up an inseparable quartet.   Karim and Raheen have been inseparable from childhood and have their own special language and jokes (a lot of their jokes revolve around anagrams). They are more than best friends; an incredible connection exists between the two of them.

Once upon a time, Karim and Raheen’s parents were engaged to one another. Karim’s mum Maheen and Raheen’s dad Zafar are the first couple to separate and their engagement breaks after the civil war in Pakistan. That war resulted in the creation of Bangladesh, and before the war, during the war and after the war, Bengali people in Pakistan experienced severe discrimination and prejudice. Maheen is Bengali and experiences prejudice as well, and when they are engaged Zafar is ostracized because of their engagement. What happens to end their engagement is unclear, but at the beginning of the book, during a summer holiday with Karim away from Karachi, Raheen starts asking questions about why the pairings of their parents’ marriages ended up the way that they did. She stops asking questions when she overhears her parents arguing about the best time to tell her the truth about the past, and she decides to let the secrets of their parents remain unknown.

There is so much to say about this remarkable read. Here are some of the things that struck me about the book.
END_OF_DOCUMENT_TOKEN_TO_BE_REPLACED