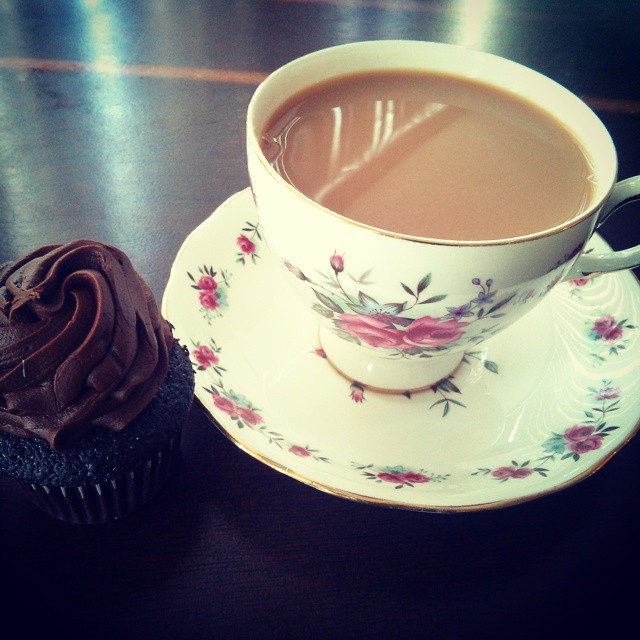 Every cup of tea depends on the entire universe (Toronto 2014)

In Sumaiya and her sisters, I saw none of the vague dissatisfaction I’d seen flourish around me – indeed, in me, growing up. As a member of the American middle class, I was raised in a nation of strivers, a nation founded on the right to pursue happiness. Our discontent was productive. It got things done. The drive to do better propelled through graduate school and up career ladders. Through spin classes and salary negotiations. A world of infinite favours didn’t yield reliable results. My secularist’s  do-it-yourself existence did not get me into the habit of being grateful for date palms, fragrant herbs and seas.

The Sheikh’s sense of gratitude was altogether more muscular, perhaps because it had somewhere to go. His whole consciousness of God as a creator took gratitude to a  whole new level, cosmic in scope and near-constant in presence. Akram was a man who could find God in the act of making a cup of tea. “Everyone says, ‘Any child could make a cup of tea,'” he said. ” But every cup of tea depends on the whole universe being there. For the tea to exist it needs the sun and the moon. It needs the earth to be there. He made water, He made the container to hold it, He made the leaves to grow. When we were born, everything was there, just waiting for us. Every cup of tea depends on the whole universe.” I couldn’t decide whether this logic was oppressive or inspiring. I rather thought it was both, like the satisfying ache of stretching after a session hunched over a laptop.

Studying with a man who saw everything from tea leaves to algebra as gifts from God, I was struck by a new seam of gratitude running through me. I’d emerge from a lesson not with faith, but with what I suppose a fashionable guru would call mindfulness. On the bus ride home, particularly when the sun lit up the green hills beside the highway, I found myself, for a second, seeing them as the Sheikh might: not as something pretty,or as expensive real estate, or as the space between me and London, but as a connection to something larger. There were moments, while I was reading a sura, or carting the kids to school, or chopping an onion, that I sensed what this radical gratitude must feel like: a constant reminder that you’re alive, but just for now. ~ If the Oceans Were Ink